One Night in Afghanistan

I travelled across Afghanistan in the 1970s, not long before the Russian occupation: an Australian backpacker coming home by public transport along the Asian Highway. Tehran-Heurat-Kandehar-Kabul-Khyber Pass. In the long hours on the road, there were many halting but interesting 'conversations' with fellow passengers, using my few dozen words of Farsi, their smatterings of English and a Farsi-English dictionary. They were friendly, cheerful people, so ready to help this stranger. I'd like to think that someone travelling across Australia with only a few words of English would be treated as well, but I wonder about that.

One night I had a long talk with a hotel night clerk who spoke English well. He was planning to go to Kabul to study engineering, I was returning to Canberra to study science. "Yes, most of us speak several languages" he said "Afghanistan has always been on the road from Europe to Asia and we have been invaded many times". We consumed tea and cake as we told each other, fascinated, about our countries.

His was a wild country: the coach timetables had been arranged, I was told, to minimise the risk of bandit attack. And a poor country: in Heurat, police directed traffic of carts, animals, some bicycles, but almost no motor vehicles. Later, it was easy to imagine that this country would be as impossible for the USSR to suppress as Vietnam was for France and the ANZUS countries.

What happened to the engineering student? Perhaps some of his family or friends were victims of the Soviet occupation, and he became bitterly anti-Russian. Or perhaps they were victims of the CIA-sponsored Mujahadeen, and he became bitterly anti-American. And if he survived to have children, those children would have grown up in struggle and censorship. If they know of Australia and the US, it will be as lands of almost unbelievable wealth and conspicuous consumption. Countries where it is normal to behave in what they would regard as highly immoral ways. I wonder whether they would even understand why their country is being invaded yet again.

Perhaps that intelligent young student has even become a member of the Taliban, perhaps a member of the resistance, perhaps he is dead. And I cannot help wondering what would have happened if he and I had changed places that night. If, suddenly, the luck to be born in a rich and peaceful country had been transferred to him, while I was left, like most of the people in the world, in poverty and injustice.

I wrote these lines in September 2001, when some influential Australians appeared to be deliberately inciting ill will towards refugees from Afghanistan. Politically, much has changed since then, but the suffering continues for many of the people in that country and refugees from it.

The photos below show some scenes from Heurat and Kandehar in the seventies. 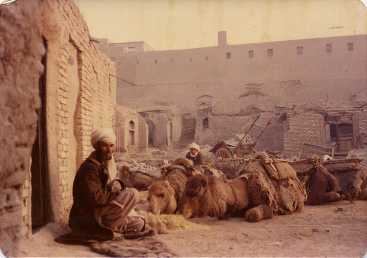 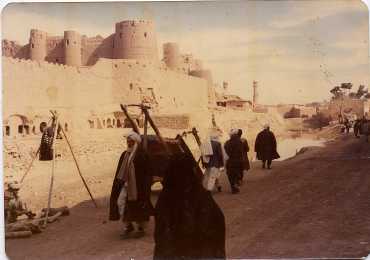 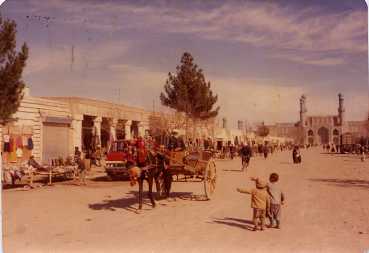